History of the Australian Labradoodle

What makes them so special? 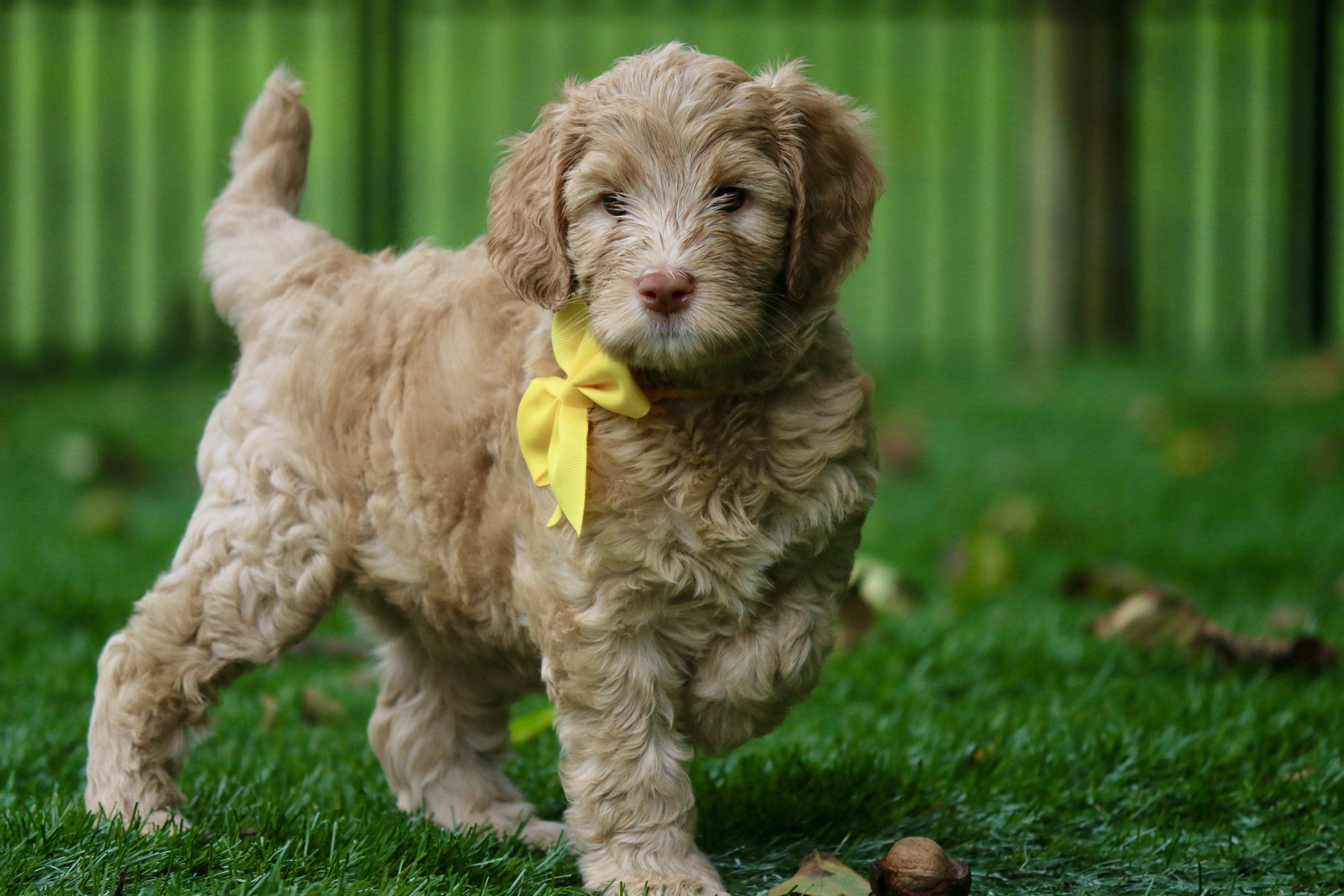 A Quest To Find A Therapeutic Companion

The story of the Labradoodle started with a visually impaired woman in Hawaii, on a quest to find a therapeutic companion dog that would not aggravate her husband’s allergies. Since Australia was known for their high breeding standards, she decided to start her search there. The Poodle was thought to be her best bet, yet after sending nearly thirty saliva and hair samples back and forth between Australia and her Hawaiian home, her hopes proved futile. Intrigued by the woman’s predicament, a man by the name of Wally Conron approached the Manager of the Australian Guide Dog Association about crossing a Labrador Retriever with a Standard Poodle.

Wally received permission, and his vision became a reality. A litter of three puppies were produced, and samples were once again sent to Hawaii. This time their efforts were successful, and one of the puppies was a perfect fit! Waving puppyRealizing the potential of this new breed, two major breeders implemented Labradoodles into their breeding programs. These breeders were Tegan Park Breeding and Research Centre, located in Seaspray, Victoria, and Rutland- ManorLabradoodle Breeding and Research Center, located in Darnun, Victoria.

These breeders realized that simply mating Labrador to Poodle would be a genetic dead end and that in order to produce an allergy friendly, low to non-shedding breed on a consistent basis, that other breeds would need to be introduced. These breeds were the American and English Cocker Spaniel, Irish Water Spaniel and the Irish Soft Coated Wheaten (2004). It is because of the infusion of these breeds that we have the wonderful variety of sizes and colors in the Australian Labradoodle. It is also why we can produce the beautiful soft wool and fleece coats that are so widely desired.